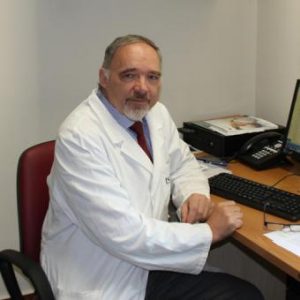 Dr. de Ville de Goyet is the Director of the Department for the Treatment and Study of Pediatric Abdominal Diseases and Abdominal Transplantation. He is considered one of the leading experts in pediatric abdominal surgery and liver transplantation, and has performed more than 500 pediatric transplants, with a survival rate of nearly 100% in living donor transplants. Dr. de Ville de Goyet divided his medical training between Paris and Brussels. In Brussels, in the 1990s, he started his career as a surgeon and also his involvement and interest in the field of pediatric transplantation, gaining a 20 plus-year experience with the living-donor and split-liver techniques. He also spent 5 years in Birmingham, England, where he contributed to the development of one of the first liver and intestinal transplant centers in Europe. There, he also worked on management of intestinal failures. At 48, he returned to Brussels, where he became Professor of Pediatric Surgery, and also served for the reorganization of the Abdominal Surgery and Abdominal Transplantation Department at the Cliniques St. Luc Brussels.  He arrived in Italy in 2007, where he directed the Department of Pediatric Surgery and Transplantation at the Bambin Gesù Children’s Hospital in Rome, where in the course of 10 years, he created a new pediatric transplant center, achieving exceptional results, obtained in very few centers worldwide. The results include a 7-year survival rate of 96%.

Dr. De Ville graduated in 1980 from the Catholic University of Louvain, Belgium, with laude and mention of honors. Since 2009 he is also Director of the School of Specialization of the University of Rome Tor Vergata.