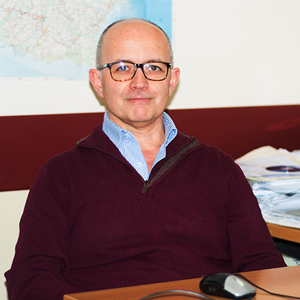 Dr. Vitulo went to IRRCS ISMETT in 2005 from IRRCS Policlinico San Matteo. He contributed as transplant pulmonologist to the development of ISMETT lung transplant program from the beginning of its activity.
He is a Clinical Assistant Professor of Medicine at the University of Pittsburgh, and director of Pulmonology Unit at ISMETT. He is Director of the Pulmonary Hypertension Center at ISMETT.
He graduated from the University of Pavia’s Faculty of Medicine in 1987 and completed his residency in Respiratory Medicine at the University of Pavia.
Since 1992 he served as transplant pulmonologist at IRCCS San Matteo (Pavia) from the beginning of the activity and soon after became Medical Chief of the Lung Transplant Program.
He has large experience in the management of post-lung transplant bronchial complications, pulmonary fibrosis, pulmonary hypertension, cystic fibrosis.
He is member of several International medical associations, including ISHLT, ERS, PVRI and several national committees.
He was principal investigator of several trials and research projects in the field of pulmonary fibrosis, pulmonary hypertension, lung transplantation.
He published more than 60 indexed papers in peer reviewed medical journals (HI 20).
He gave talks in several national and international conferences